Groundhog Day was a fun movie to watch as a kid. The idea that you can work the same day over and over is great. Oh the pranks that I would play! Of course there is also the possibility of constantly improving myself and becoming a doctor or something. But mostly tricks.

I recently had the opportunity to try something relatively new for myself. Fishing at sea. What’s even better, I’ve had the opportunity to repeat it three times … well, in three different ways. Once by land, once at the pier and once on a fishing charter called “The Duchess”. It was an eye opener to say the least and something I would definitely recommend to any of my friends.

My previous experiences on the open sea have mainly come from sailing with my father. The J / 80 is a fast little boat and we would go a few miles at sea as fast as the wind could carry us. Any three to eight foot swelling was not considered a problem as this was all part of the experience. I was way too busy back then to even think about fishing.

As we pulled into Marina Del Rey, I looked at all the boats and was amazed when the Duchess pulled into the dock. Our partners at the Recreational Boating & Fishing Foundation know how to impress! The crew waved us on board. Alone it would just have been a matter of walking and stepping the 1 foot gap to the torso. However, a fearful three year old required some tough negotiation and confidence building. I have no idea what his problem was, but with a little paternal persuasion and love, he was finally on board.

In fact, he quickly changed his mind and found the boat extremely fascinating!
It might also have helped that he got unlimited pretzels from the pantry.

After clearing the jetty, we throttled in and out and made our way to the open ocean. At 65 ‘from bow to stern, the Duchess was not very concerned. That doesn’t mean much, other than the rolling ocean at a perpendicular angle. That didn’t go well with our fifth month pregnant Chelsea, who made her way by hugging a pillow and sipping her Pellegrino.

The boys glued to the window and watched every seagull and wave with a white cap go by. Minion herself was fascinated by the foam that oozed endlessly from under the boat. “This bubble bath is endless,” he must have thought. I personally enjoyed the sea air and the deep, rich color of the water.

And then we were there. “250 feet deep,” our captain informed me when I asked how far we had gone. He called his first mate, and soon fishing rods were ready and waiting.

My experience with fishing rods and setting up in the past has only included advanced technology like a bobber and a worm (or my favorite, corn). This was new to me when the captain presented a pole with an 8 ounce brightly colored fake fish with a hooked tail. He explained that we were aiming for stone fish that were near the ocean floor. I found it fascinating that this type of fishing wasn’t just about dropping a line.

The captain threw his line and then mine to demonstrate the technique. It was easy enough as long as I didn’t turn the rod faster than the line. “Just keep your thumb on the reel,” he told me. “A little tension will keep your line from spinning.” I did my best to make him proud.

We throw up as far as possible and let the line bring the bait down as quickly as possible. I realized that I was happy to learn something new. I never thought there was a lot of fishing tech out there. “You drop it on the ground, lock the spook and start screwing it,” the captain told me. “Uh … what is jigging doing?” I asked. He went on to show me the technique of sitting the bait right on the ocean floor and how to make the bait look as real as possible for the fish below.

Finally I got a bite. “Slowly but steadily,” I was told as I reeled in the fish from the depths. And then it was there. A flash of white belly and brown back. “OH! A lizardfish,” explained the captain. He was very careful not to hurt it and threw it back into the water after showing the boys, who kept a very careful distance.
Four more times this army of lizardfish came to piss me off. They pulled and fought the line and my heart beat faster with excitement. Surely I would soon pull a red-scaled stonefish out of the cool Pacific water. A fish worthy of a boastful photo. A fish that deserves even more … dinner.

Then my line became difficult again as before. I was aware of the possibilities, followed my teaching and stumbled slowly but steadily in line. Then I saw red. Faint and slightly pink at first. But it was. It was red. I caught a red stonefish!

The mandatory photos were taken and it was suggested that I hold the fish as close to the camera as possible to enhance its large appearance. I refused. Everything around me looks small anyway, and I didn’t care if anyone wanted to question the size of my catch. I was just glad I caught something edible. I showed it to the guys before I put it down. More would join later and they would all come home with me to be eaten.

Finally the day on the open sea was over and we made our way back to the harbor. On the water, just 300 meters south, a pod alerted dolphins that we weren’t the only creatures in the sea looking for a snack.

We rounded up the boys and drove to Venice for a nice late lunch at the C&O Trattoria. I sat down and enjoyed the baked dough balls covered with butter, olive oil, garlic and a pinch of coarse salt. I was asked what I wanted by a dark-haired man with a thick Italian accent and replied, “Something with a lot of fish.” Soon I was eating a seafood pasta. Exactly the aroma I craved after a day on the water.

We got our Ready 2 Fish Combo poles and walked down the pier at the end of the street. A small grove of locals rooted at the edges in their “normal” places. Even a brisk pelican stopped and took his place on the north side of the pier like a loyal dog on a porch. The constant flood of tourists seemed to have scared the fish away as nothing really wanted to come out and play.

After the children were tired – and were now afraid of the irritated pelican – we made our way to our hotel for the night and slept soundly. The boys were rewarded with chocolate milk as dessert and thank you for your cooperation on the boat.

A bright and early start the next morning meant a quick breakfast and car seats filled quickly. Chelsea had Dockweiler State Beach in their sights and off we went. The long strand and hot air created a completely different environment when fishing. It was far less crowded than most beaches, however, and Some Boy was comfortable just sitting in the sand. With our normal sized rod and my lack of experience in fishing on land, this local came up short for dinner. But we enjoyed our time sitting and chatting.

It seems that fishing is becoming an interesting topic for the youngsters. I’m glad because I like every excuse to hang out with them outside of the home. I also enjoyed learning more about the techniques of fishing and the thought process that goes with it. I’ve even gained more appreciation for the fish I see bedded in ice in local supermarkets.

All in all, a great weekend on sand, pier and sea. 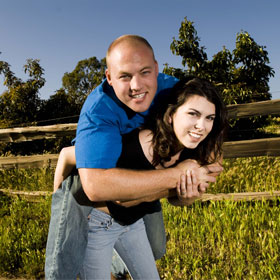 Proponents of brave family life, Nate and Chelsea Day, believe that small moments make a big impact. They share adventurous activities with their three boys (soon to be four!) On their blog “Someday I’ll Study”. Nate offers practical fatherhood and a direct approach to life’s challenges. Chelsea adds color with creative guides and commentary on the harsh life of a modern era. The blog culminates in a humorous diary that documents the daily exploits of the family.

The long-lost black-browed babbler was rediscovered in Borneo

Boat and fishing label: Wake up

5 facts about sustainable fishing All anglers should know